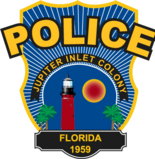 In the 1990's, a new manner of criminal enterprise emerged. The method of this new breed is to come into possession of fundamental identifying information about others through a variety of methods. Once they possess the information they are capable of using it to steal and commit fraud in the name of the identity they have stolen.

According to the US Federal Trade Commission, over 86,000 people in the United States reported being victims of Identity Theft in 2001. Over forty percent of those complainants were victims of credit card fraud and the vast majority, seventy-six percent, was under 50 years of age. Per capita, Florida ranked 8th in the nation's top ten Identity theft locations.

How thieves can get your identity

What they can do with your identity

If you are a victim of identity theft...